Peking sauce which can be used to make Peking style shredded pork, serve as a dip for Peking duck or Chinese spring pancakes.

Have you ever tried the charming duck sauce along with the famous peking style roasted ducks? It is a sweet yet savory sauce, matching extremely well with scallions. In China, we use this type of sauce not only as dipping sauce but also as stir frying sauces.The peking sauce served in a restaurant usually is using the oil from roasted peking duck, which has a light reddish-brown. 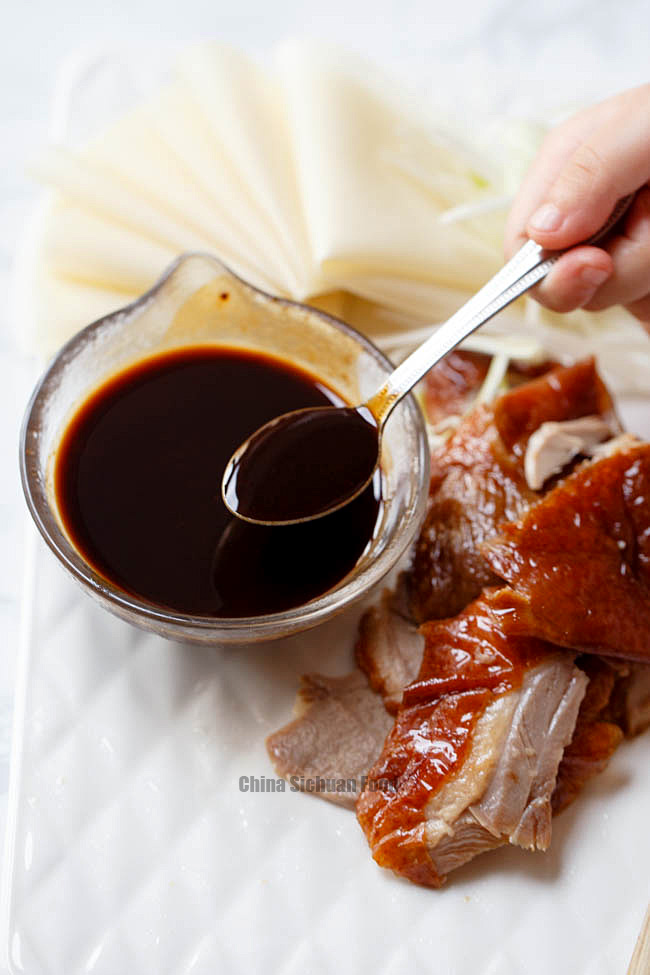 To make authentic peking sauce, we need Tian Mian Jiang, it is a fermented yellow soybean paste(黄豆酱). There are several varieties here. In generally, they are called “黄豆酱”.  The most outstanding and popular ones are dried yellow soybean paste “干黄酱” from a famous brand “六必居” and thinner Sichuan style sweet bean paste. If you are living in China or visiting China, purchasing  several packages should be a good option. But it might be quite hard to find outside China. The paste is very thick with strong aroma.

The next option is to use Sichuan style sweet bean paste. 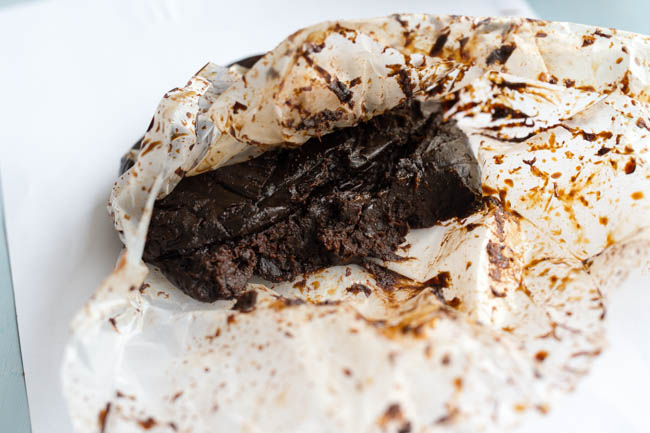 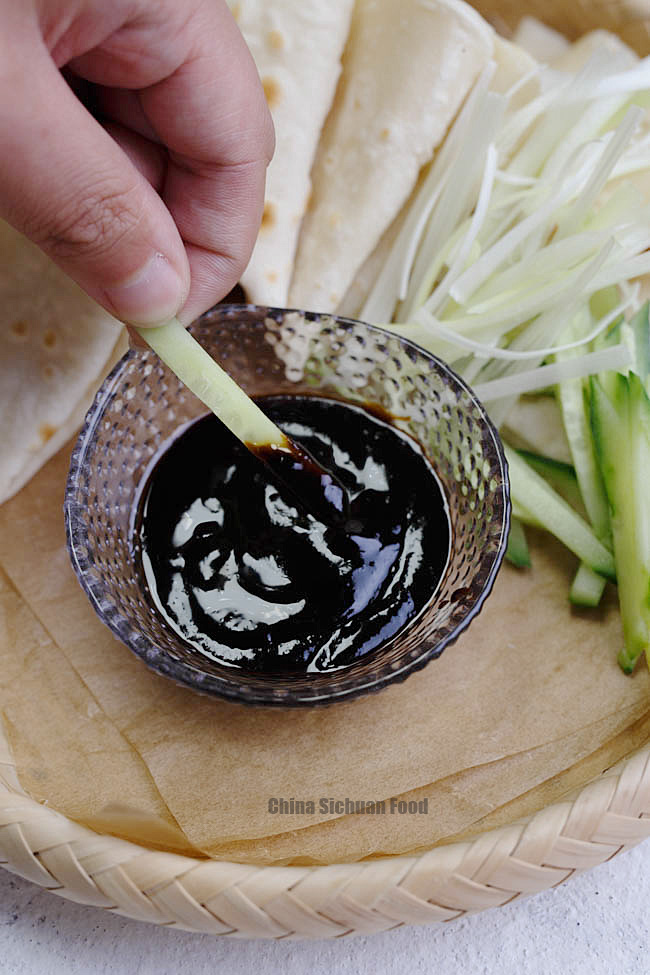 If you want to use this sauce as a dipping sauce, it is quite important to keep it “running”. I would suggest adding around 2 tablespoons of water in addition.

If the sauce is fried as a stir-frying sauce, we want it to coat other ingredients. So slightly reducing the amount of water or increase the simmering time.

Learn how to tune the authentic Peking sauce at home. It can be used as stir fry sauce or dipping sauce.


If you plan to make it simply as a dipping sauce, you can add extra 2 tablespoons of water to make the sauce a little bit running.

* Percent Daily Values are based on a 2000 calorie diet.

How to use the sauce 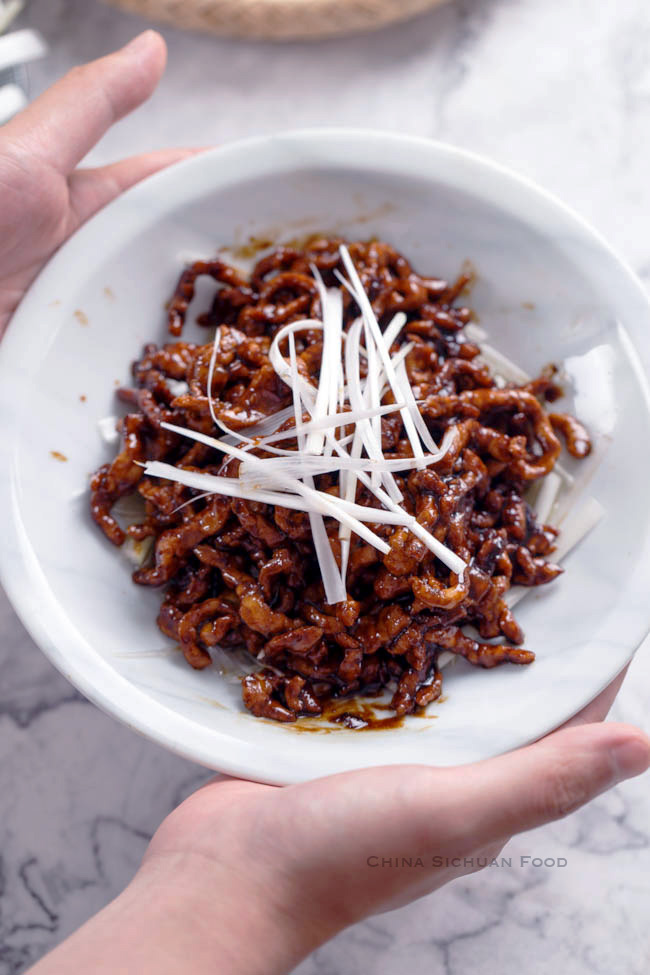 It can be used as a dipping sauce for peking duck or spring pancakes. 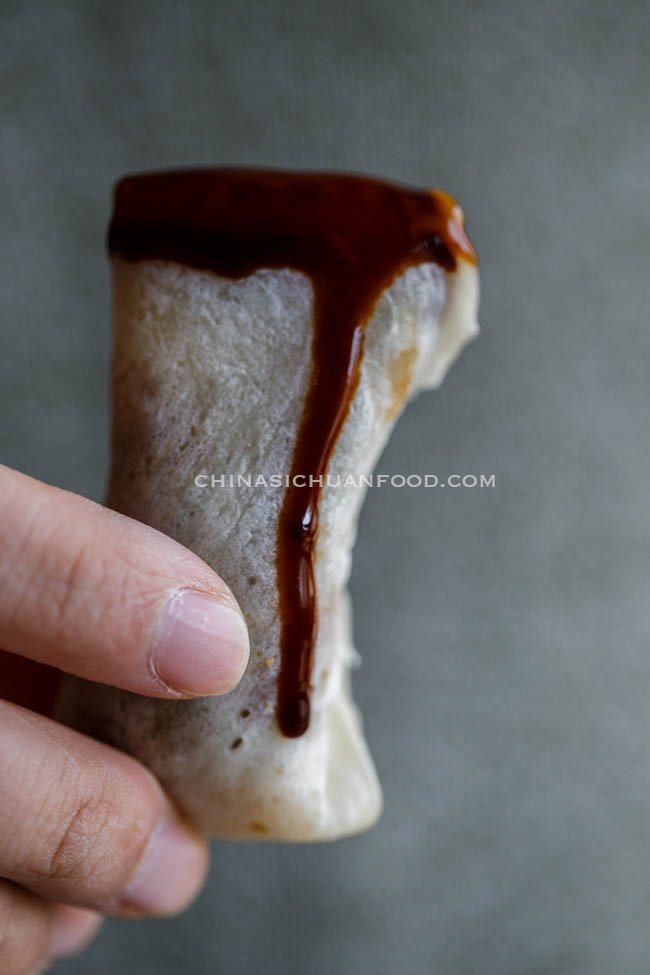