Chinese Fortune Sticks in a nutshell The art of Asian fortune telling truly traces its roots from the Chinese. The art of Chinese fortune-telling is also known as Suan ming and has definitely been used in a multitude of ways – all related to divination – throughout the great and many Chinese dynastic periods.

Here exist four major methods that have emerged out of centuries of dabbling in mysticism and are still unsurprisingly being practiced in areas such as China, Taiwan, and Hong Kong.

They are still used because of their ability to be very accurate and are then quite popular with the people, of course. Chinese fortune-telling is so popular that they have also undeniably influenced the fortune-telling practices of both Korea and Japan and have gained a place in the culture of these two Asian neighbors under different names.

It has several popular methods, one being face reading. In face reading, one is then able to interpret the facial features by way of the nose, mouth, eyes as well as other distinct features that can be found on one’s face which can be used in order to predict the future.

The features are those which usually cover the phases of the client’s life too, therefore, reveal what exactly the type of fortune that is associated with the particular age range of the person. One may also then use a position map to trace the different points of one’s face. This will indicate the regions where luck is abundant in particular ages. The upper region of one’s face may be used to represent youth. The middle part may then be used to represent the middle age and the face’s lower region may also represent the old age.

Palm reading is yet another type of Chinese fortune-telling. Here, an expert called a palmist determines the fortune of the different aspects of your life by analyzing the position of lines that can be found on the client’s palm. Each palm line is represented by different facets of life such as love, personality, career, wealth and other traits.

Kau Cim, yet another method of fortune-telling, is performed by shaking a bamboo cylinder until one incense stick jumps out of the cylinder. The cylinder is then picked up and inspected and analyzed by an interpreter who reads and makes out the meaning of the Chinese characters found on the markings. The prediction of Kau Cim may be a bit short range because it only covers the period of one Chinese calendar year. This method is also a very popular one with the westerners, who have renamed such a method the Chi-Chi Sticks.

Chinese society dictates that fortune-telling be a well respected and an equivocal part of both social and business circles as well. It is because of this reason that many fortune tellers are highly sought after to make decisions that would impact one’s business or life decisions – very much like the management consultants of our times. 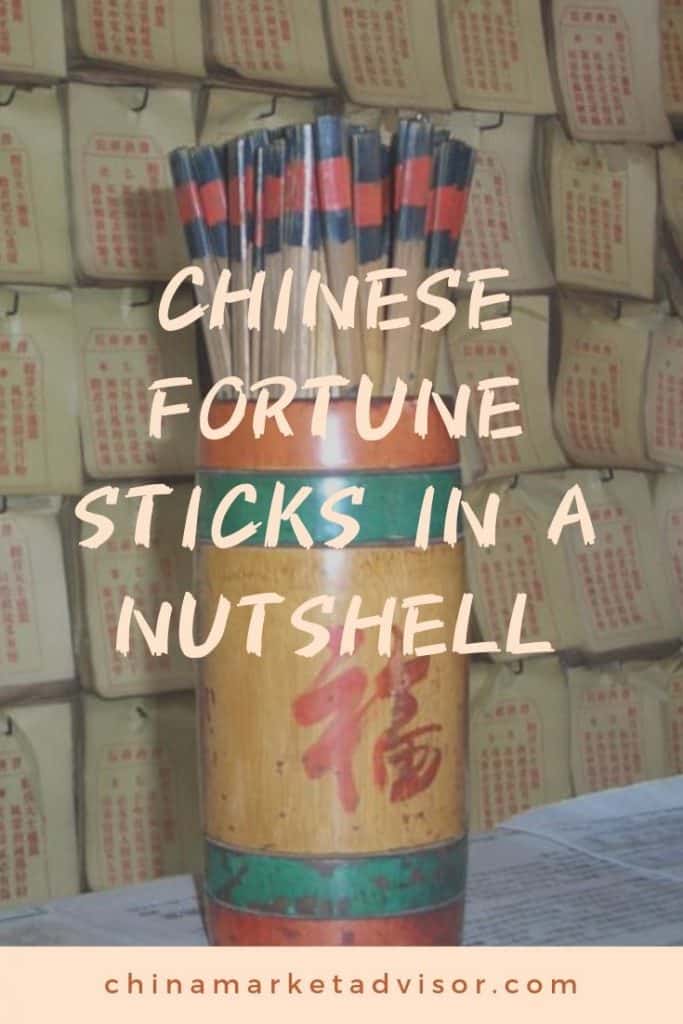 Chinese Fans: History, Meaning, and How They Are Used

Chinese Fortune Sticks: History, Meaning, and How They Are Used

9 Major Chinese Festivals that You Need to Know